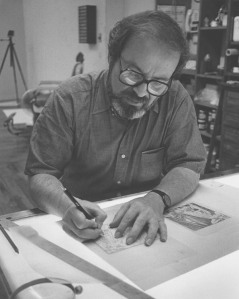 The much-loved children’s book author and artist, Maurice Sendak, passed away yesterday, May 8, in Danbury, Connecticut. Sendak’s books – with their vivid, fantastical illustrations – have inspired a love of reading in generations of children who were at once terrified and delighted by the raucous adventures of his characters.

Below is a discussion of Sendak’s collaboration with Kenneth Tyler, taken from an article written by Marabeth Cohen-Tyler in 2006. You can access the full version on our website here. 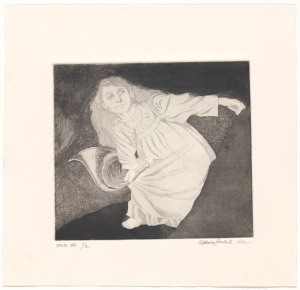 Sendak’s collaborations with Kenneth Tyler began in the 1970s, while he was working on sets and costumes for Mozart’s The Magic Flute and Tchaikovsky’s The Nutcracker. Sendak’s involvement with these operas inspired him in the creation of numerous sketches, drawings, and watercolors, many that were reproduced in his book Nutcracker and several that were printed at Tyler Graphics, employing lithography and intaglio processes. Tyler and Sendak collaborated on these prints and others in the 1970s, the 1980s and in 2002. Sendak, who has been given the accolade ‘the Picasso of children’s books’ proved to be, like Picasso, enamored and highly skillful with printmaking. Sendak’s love of drawing and his joy in the collaborative process resulted numerous states for each image.

Circumstances prevented any of these editions from being published, with the exception of the 1984 lithograph, Faithful Nutcracker. The inventory of rare proofs was signed in 2002, and the prints apportioned to the artist, to the National Gallery of Australia’s Kenneth Tyler Print Collection, and to Kenneth Tyler himself for his personal collection. Sendak hand–watercoloured some of the black and white intaglios, particularly Wild Thing and Ida. As a colourist, his painting on the prints adds another dimension. Nonetheless, these graphic works are equally powerful in their black and white original form, given the strength of Sendak’s masterful drawing and his etched lines and washes. 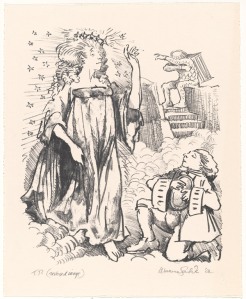 We would like to revisit an enduring favourite: one of the wild things. May Sendak’s indomitable imagination continue to inspire children and adults alike for generations to come. 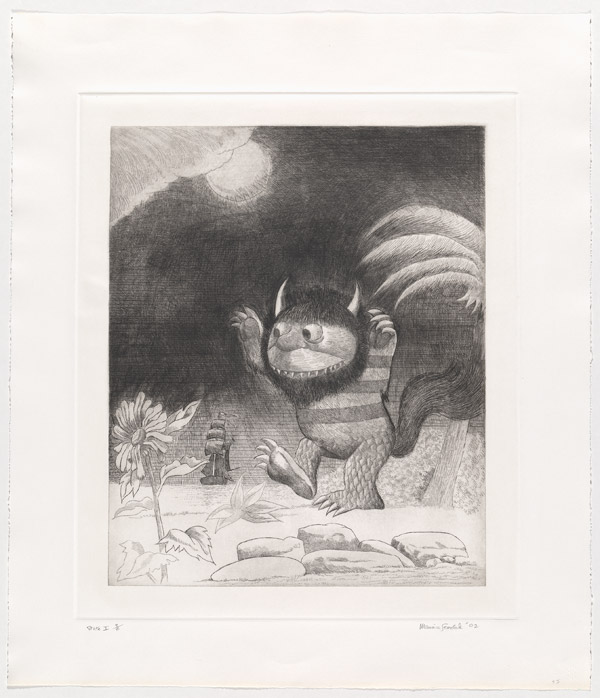