Media and staff gathered last Friday at the National Gallery of Australia for the media preview of ‘Roy Lichtenstein: Pop remix’, which opened to the public on Saturday 20 July.

The excitement was palpable as Ken Tyler– who travelled to Canberra specially to open the show–recounted some of his unique experiences of working with Roy Lichtenstein. Thank you to both Ken and Marabeth Tyler for making the long trip from the U.S. to be here. 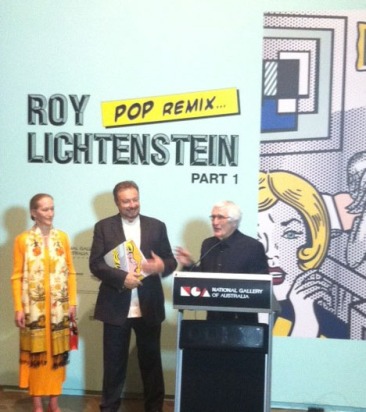 Ken Tyler discusses a series close to his heart: the Entablatures of 1976.